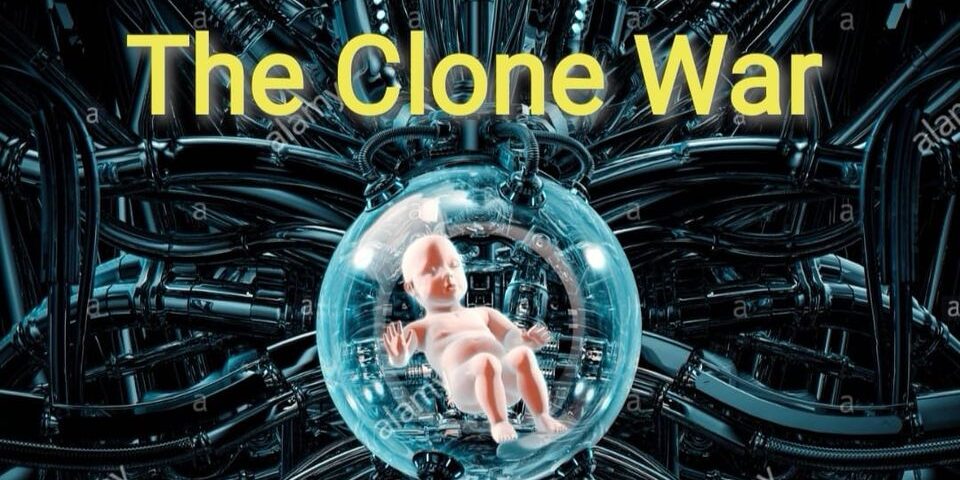 At the end of WW2 in 1945, a small British Force came across a Prison Camp deep in the forests of Perpera which now sits in the Eastern Communist Block.

Not only were there prisoners of war, there was also females kept in small cell type rooms tied to beds and baby cots in the rooms.

One officer found Secret Files hidden behind a stone wall covered by a large picture.

These files contain details of medical experiments on the females resulting in children being born by test tubes, then the babies DNA and Bloods were taken from them to CLONE more babies.

Only one test subject survived, a female baby, on searching the camp she wasn’t found and after much searching it was deemed by Official’s back in Britain that she must have died.

Jump forward to 2021 and after an international terrorist’s Special Forces mission found a similar camp as too the one found in Perpera in 1945 but this time an infant was found alive along with a case containing six anti virus vaccine vials.

The infant was found to have been injected with the deadly virus.

During transport back to Britain the convoy was attacked in the Black Forest and both the infant and case were taken.

As a result, Britain has reached out to 2 teams of Private Military Contractors to hunt down and recover the test subject (The Baby & The Vials).

5 x Hi Cap Mags or 8 Mid Cap Mags & 4 Pistol Mags allowed on field of play, NO Mixing of AEG Mags, Box or Drum Mags NOT allowed. No loose ammo is allowed must be stored at FOP/ Respawn.

5 x Hi Cap Mags or 8 Mid Cap Mags & 4 Pistol Mags allowed on field of play, NO Mixing of AEG Mags, Box or Drum Mags NOT allowed. No loose ammo is allowed must be stored at FOP/ Respawn.

Rental must adhere to uniform codes please ensure you can do this before booking and all Rentals will be on Military Team.

Due to the nature of the game we ask all players to immerse themselves into the roles and tasks during the day in order to get full enjoyment and experience this will ensure both you and others will have a full gaming experience.

Anyone not following the guidelines, rules etc on the day will be removed from site and banned from all further game days.
this is not a normal skirmish game day it is a rolling scenario.